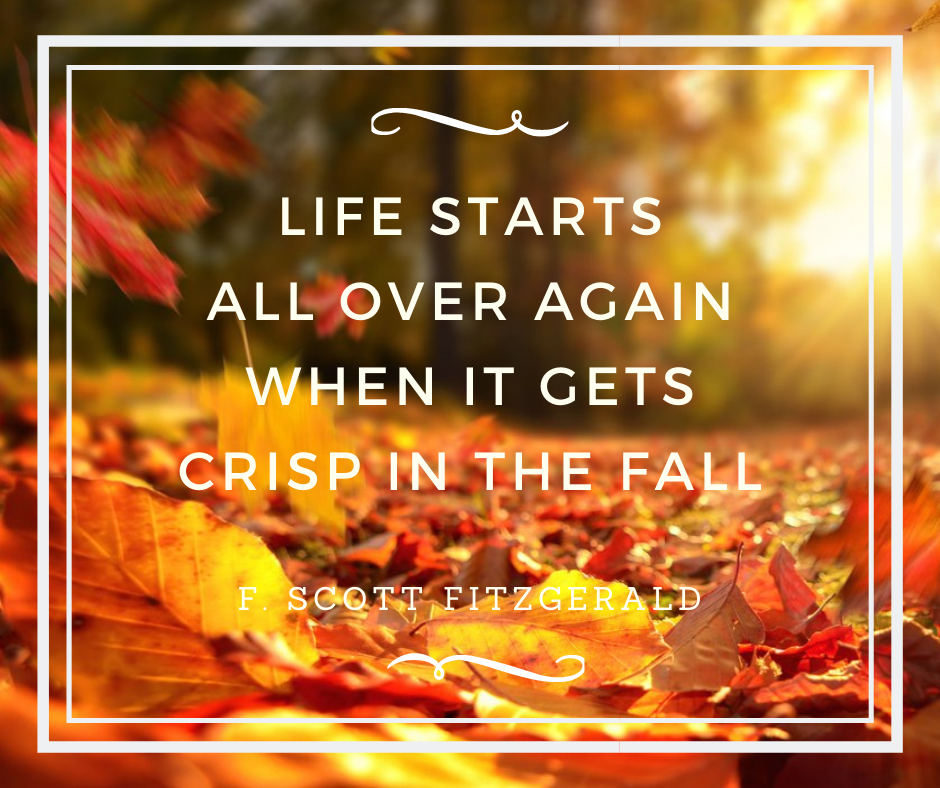 As the leaves put on a beautiful show, we began harvesting the last of the summer bounty.  Tomatoes, chili peppers, tomatillos and squash have been harvested and distributed to families in the local community.  We have some special treasures in the garden, as well.

This year, we harvested huitlacoche (pronounced whee-tla-KO-cheh.)  Huitlacoche is also known as Mexican truffle, corn mushroom or corn smut. It is actually a fungus, which randomly grows only on organic corn. It is rare, as it develops on the corn ears as they ripen after the rainy season or an errant rainstorm. 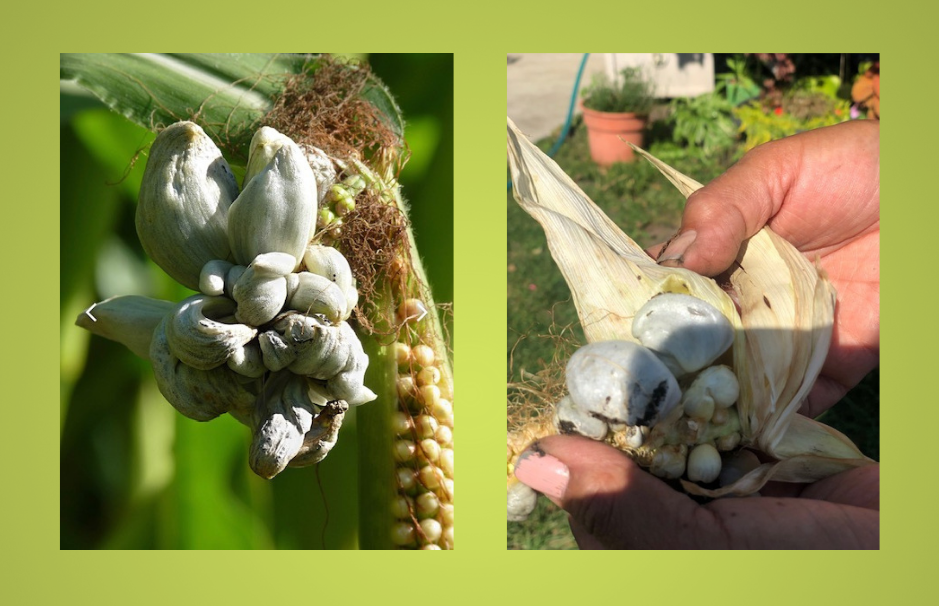 Huitlacoche will consume the corn kernels and push itself out through the corn shucks. The fungus actually forces a metabolic process inside the corncob to create new and healthier nutrients! For instance, corn has hardly any lysine (which builds muscle, strengthens bones, fights infections and keeps skin looking young) yet huitlacoche is packed full of this important amino acid that the body requires but cannot manufacture. It also contains more cholesterol reducing beta-glucens than oatmeal, and more protein than most of the mushroom family.

Huitlacoche can be used in recipes that call for mushrooms.  The fresh white ones can be eaten raw, as in a salad. As they are heated an inky liquid emerges, turning them black in color. The flavor is smoky and earthy, with a taste like mushrooms mixed with corn.

In Mexico you will find baskets of fresh huitlacoche in the farmers markets. The food stands regularly serve up warm and delicious thick corn patties filled with huitlacoche, corn kernels and onions. The savory huitlacoche is used in tamales, stews, soups, corn patties, quesadillas and even desserts. You can buy this delicacy fresh in Mexico, but it is usually only found canned in U.S stores. It has become a sought-after ingredient, served in some of the finest menus across the country.

The Roberti Community House also grew luffa operculata or luffa gourd this year. In Latin America, popular medicine has used this gourd as a purgative, vomitive, anti-asmatic and diuretic. It is considered as a universal remedy against stenosis, swelling of tissues, tumors, edema and with olfactory problems. 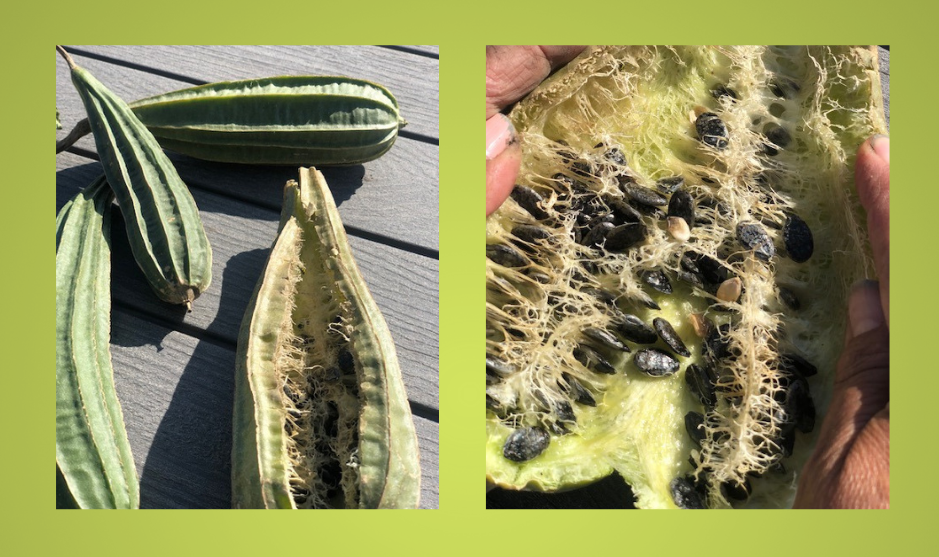 It may not be readily apparent, but you have most likely seen or even used this gourd at some point in your life.  Here’s a hint…When the spongy tissue of the gourd is dried, it can be used as a cosmetic sponge.  Yes, when dried, the inside is known as a loofah sponge!

Many thanks to Amelia Bustamante for sharing her knowledge of these native plants.  Amelia has helped with Roberti Community House’s gardens over the last three years, and in that time has taught us a great deal about these garden treasures.

Five Firsts for Roberti Community House
During the last month, we’ve experienced quite a few “firsts.” Here are just a few… 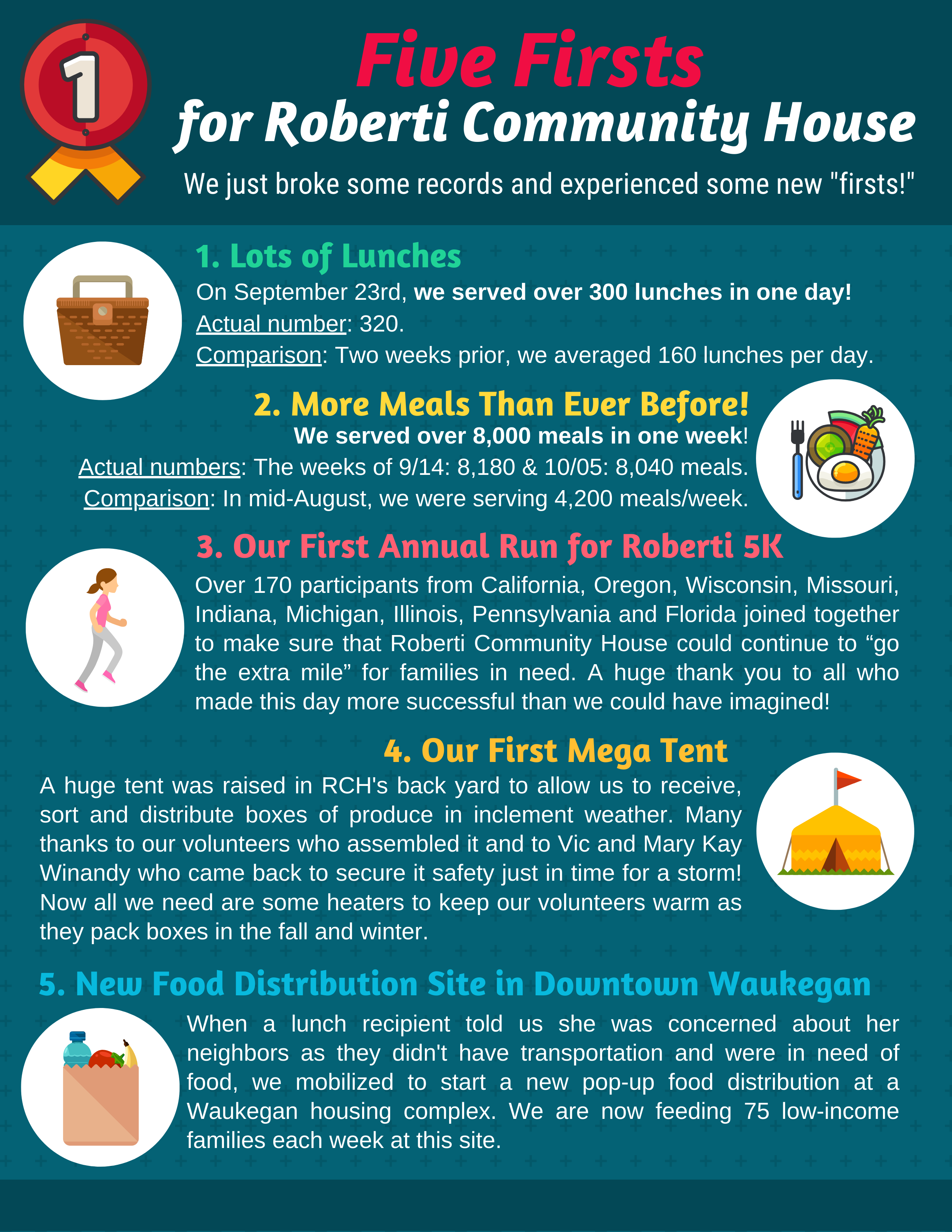 Look closely at the picture.  Can you find our RCH mascot rabbit inspecting the new tent?

We are grateful for YOU

A Time of Learning and Resiliency

An Insiders Experience With COVID-19

Providing Hope in the Midst of Crisis